It takes guts (excuse the pun) for a little fish to flirt with an octopus. Just look at that smirk!

This is clearly a sure sign of naivety but especially with fish, bravery comes in numbers – schools … with a price, because …

we all know that an octopus can get into anything, find a snack in the smallest of places and (cover your eyes) eat it.

Now what does a Fox have to say that’s so important to tell a Mouse and why would a mouse stop to talk to a Fox? Have they nothing in common except for the inevitable food chain? 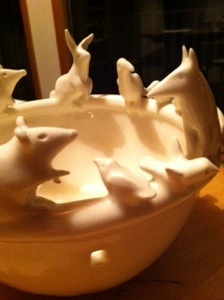 And would Rabbit judge this unlikely conversation or be intrigued enough to stop to eavesdrop? 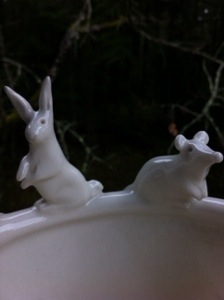 And what about the birds? Would they fly off to spread the word of this scandalous act or would they stop to witness this while pretending to not be interested? 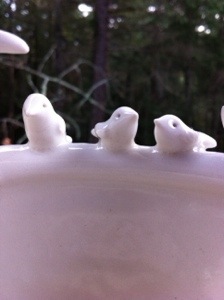 Maybe the birds are the mediators of this grand occasion ~ 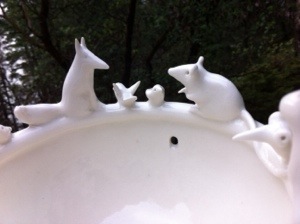 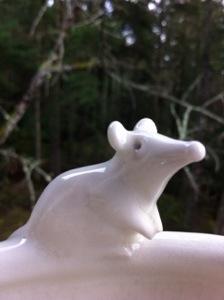 Is Fox asking for an understanding of it’s very nature? Or is Fox just up to his wiley tricks again? How would one know when to trust or not to? When do you walk past an old story and step into a new paradigm? It’s a dangerous risk. But wouldn’t allowing one the possibility of change a better move than expecting the same old same old? Or is it wise to respect the way it’s always been? Sometimes you just have to fly into the unknown. 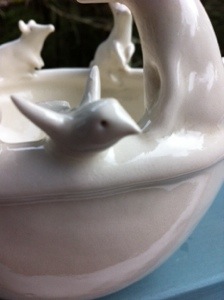 Maybe it’s about containing all these unlikely conversations and connections all together in one circle. 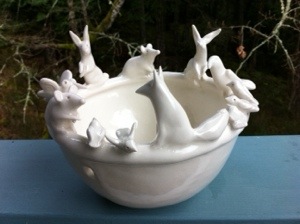 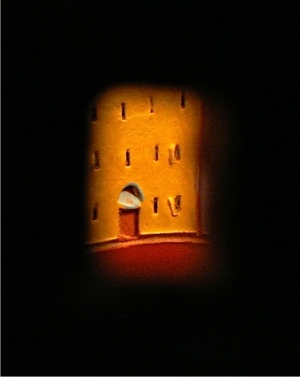